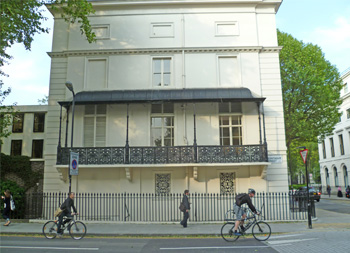 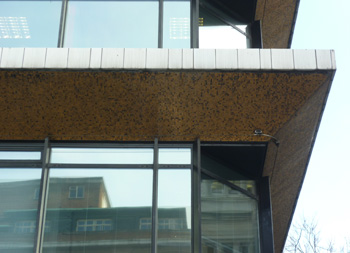 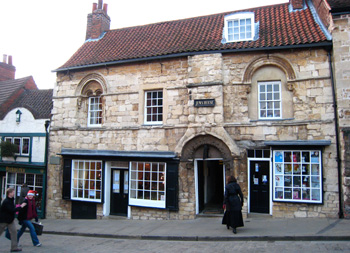 This page is dedicated to the people that make up ASCHB – their news, tributes and appreciations.

It is sad that our first post should be to record the loss of three of our founder members who were fundamental to ASCHB.

March 2019 saw the loss of founder member, Ashley Barker FSA. He was the founder Chairman of ASCHB and had fostered the growth and development of the Association during his tenure from 1968 – 1989, when he stood down at the AGM. He was described as representing ASCHB with dedication and honour and has helped forge links with other professional bodies in the field.

He was the last Surveyor of Historic Buildings to the former Greater London Council, and his Historic Buildings Division was helped to shape the future of London. The Division had two sections, a works department which looked after the council’s own properties, and a statutory section which dealt with planning and listed buildings. Under Barker’s leadership, historians were brought in as well as architects. This Division acted as a model for historic building conservation across the country. There were a number of major Victorian buildings which came under threat in the 1960s – St Pancras Station, Covent Garden and the Foreign and Commonwealth Office amongst others – and he gave evidence against Peter Palumbo’s scheme for the development of Mansion House Square in 1984. He was a key figure in the conservation cause.

The GLC was disbanded 1986 and English Heritage took on the whole of the historic building division, and its sites and monuments record which combined archaeological items and historic buildings on the same record.

Two people who made Transactions into the authoritative journal it is today died within weeks of each other in May and June 2020.

Brian Young was a founder member of ASCHB and our first Treasurer and Editor of Transactions, both onerous tasks.

When ASCHB was founded in 1968, the architectural world was caught up in the general turmoil of student agitation: on one hand Archigram was challenging the Beaux Arts traditions, but on the other AA students were protesting against the destruction of historic places in Covent Garden. The Institute of Archaeology (IoA) had been running a Diploma course in Conservation of Historic Monuments, but was moving towards offering Degree courses. As the future of the Diploma course was in doubt, the staff and students formed the Association for Studies in Historic Buildings to carry on the flame. Despite representations, by the summer of 1969 the IoA course closed to new students. Brian Young graduated with the IoA Diploma in 1969.

From the start, ASCHB was clear that a publication was essential, and Brian undertook the roles of the Editor of Transactions as well as the Honorary Treasurer, both onerous tasks. In the early years, ASCHB had to forge its role in building conservation, as well as writing its terms of reference and registration as a charity.  The scale of the tasks was apparent by the time that the first AGM was held in December 1970 when Ian Bristow took on the roles of Membership Secretary and Treasurer. Brian had also moved house from London to Hampshire, but still kept up the efforts to produce the first Volume of Transactions, which included a seminal essay on Conservation and the Architect by Reg Wood. This article sets out the definition and principles of conservation and its relationship to other terms like preservation, restoration, consolidation, renovation, rehabilitation, reconstruction and more, and is still essential reading today. Volume 1 also included a detailed and illustrated article on Structural Carpentry in the Medieval House by CA Hewitt, and Sixteenth Century Terra-Cotta in East Anglia by Donovan Purcell, setting the firm foundation for the future issues. Eventually the issue was produced and printed by Donald Buttress at the Department of Architecture at the University of Manchester and distributed at the March AGM in 1974.

By November 1973 Brian had moved to Glasgow as Assistant Chief Planning Officer (Conservation) to Glasgow Corporation, and handed over the editorship of Transactions to Bob Crayford. Another move took him back to London and the Historic Buildings Council, then on to the Planning Inspectorate in Bristol. He retired back to Edinburgh but his activities for ASCHB did not stop. In 1998, he was Convenor for ASCHB in Scotland, to advance its objectives there by informing, debating, and visiting active sites, workshops, quarries, lime centres and the like. There was already a plethora of events, visits, lectures, and discussions centring on old buildings in Scotland, so he concentrated on the core activities of education and practical information, drawing on the varied expertise of members, and forging close ties with SPAB Scotland and The Architectural Heritage Society of Scotland (AHSS) meeting at the Glasite Meeting House. Moving to Musselburgh in 2006 he wound down his ASCHB activities, but was still active in the heritage of East Lothian and Haddington.

Stephen Marks joined ASCHB in 1970, not long after he had taken up the post of Deputy Chief Conservation Officer for Westminster. In addition, he was Honorary Secretary of the London Topographical Society, as well as undertaking the production of the Camberwell Society Newsletter. He described his role for the City of Westminster:

Making my rounds as part of my job to nearly every corner of the City of Westminster, which by then included the old boroughs of Paddington and St Marylebone … usually on my bike, ‘pedalling protection’ for historic buildings and the new conservation areas. (Camberwell Quarterly [CQ] issue 28)

He managed to gain access to an IBM typesetting machine and produced the copy for pasting up, preparing the artwork, and getting it printed for CQ. When Bob Crayford had to retire as ASCHB Transactions Editor due to ill health in 1977, Stephen was well placed to take over. He put Transactions on a more professional footing, issuing the ASCHB Notes for Contributors, and gained recognition for it as a formal journal with the purchase of an ISSN number. He persuaded organisations such as Bath City Council and PSA Building Management London to make financial contributions for colour printing. When he moved away to Bath in 1978, he managed to find another source of typesetting and printing. Not one to be left behind by IT, he announced in the 1990 Transactions Volume 15, ‘My own acquisition of a Macintosh computer and other equipment, so that I can do ‘desktop publishing’, has also involved an extended and very severe bout of learning new techniques.’

He contributed an article to Volume 17 on his visit to Abu Simbel, which had been raised and moved due to the building of the Aswan High Dam. He was impressed by the enormous scale of the project, but, as a grandson of A R Powys, was disappointed to see the concrete underpinnings of the reconstruction and had some criticism of the precision of the work.

Alumni of the AA Graduate Diploma in Conservation Course in the 1990s will remember his guidance through the complexities of Historic Buildings Legislation, and Public Enquiries.

He stepped down as Editor of Transactions after Volume 22, handing over to Nick Hill and Linda Watson, although he still managed the whole of the page layout and production of camera-ready copy until Volume 27 when the whole process was outsourced to Third Millennium Publishing. He was also ASCHB President in 2002 and 2003.